Hi guys, it’s World Sickle Cell Day! And I have a Story to share! a Story of a strong lady. She said Sickle Cell is a vibe and I like her vibe already. Enjoy the story drop comment, like and share❣️

“Marginally, I have escaped death with series of life-threatening health crisis till date. Sickle cell disease is surreal. This virtually causes poor quality of life with numerous complications such as pain, cerebrovascular disease (strokes), leg ulcers among many others.

I have lived an unaware life, of zero thoughts, undiscovered self and less worry, until I was 7 years old, when I had a sickling crisis. Crisis, a word I grew up to learn it’s a common slang among sickle cell patients when faced with mild, severe or acute pain from and within parts of the body. One fateful morning, lined up to see a Doctor with my momma as I like to refer to her; grieving in pain, clothed to the teeth with Grade A cardigans sold in Kantaguwa and wrapped up still in the usual Yoruba apparel called Iro, I speculate in fear it wasn’t a normal case as I saw momma in catchy tears.

These abnormalities causes shortness of breath, fatigue, delayed growth and development in children, absolutely denying a quality life at will.

Momma rolls down tears in fear of losing and grip in pain empathically as the pains are always beyond words for me. At the age of 12, I began a journey to seek knowledge about my health as I was now with full sensory to differentiate between the right and the wrong, the truth and the false; in essence, I have discovered myself, maybe not in full strength but enough to own my thoughts and face the reality of life.

Top on my list was to get to know what my genotype was. In no distant time, I asked Momma, what could possibly be the cause of my frequent unwell? And she answered patently; you’re SC, a family of the usual SS which identity is commonly in the hood as “Sickler”.

It was a relief therefrom as I felt it was a good step to honing my abilities and understanding my differences to many especially Bola, my bosom friend in school.

Thereon, I refused momma’s usual lead role to the hospital for regular checkups because goddamint! I can’t just withstand her cries anymore whenever it becomes so hard to admit it is beyond their power, rhetorically though as the doctors would say to cause a scare whenever I’m on emergency admission. I make going for checkups a personal responsibility since I was 12 and was in JSS1, enough to flaunt my recipe of strength as the first child of a family of five.

This responsibility at such age tells well on me till date. In fact, sickle cell has made me a better manager of myself, my basic day schedule, my food intakes, drug take-ins, and felt more responsible.

I never for once felt ashamed nor downtrodden about my health complications as it deprived me of many things among which is swimming. Maybe I could have succeeded being the Chad Le Clos of Nigeria, yes! There was such certainty I could become a successful swimmer with an Olympic Gold because I have got a long leg, I could hold onto my breath for long, if these were basic requirements to becoming a swimmer, I could have succeeded, laughs!!! But I dare not near a swimming pool, as cold triggers crisis.

I began a life amidst uncertainties one would live for decades. A sickle cell patient life expectancy is pegged at 40-60 years that is, with proper and absolute health management, it is well attainable. But come to think of it, only five percent of children with sickle cell disease live past the age of 10 years in Nigeria compared to 96 percent in the UK according to available stats, which predominantly show a very low management culture owing to the high cost of treatment.

Apparently, the high cost of treatment explains the society neglect for sickle cell patients. Strife for free healthcare services to every sickle cell patient should be the anthem and not a reduction or subsidization of the prices of drugs as debated in 2016 by the federal lawmakers. In fact, it is a matter of national concern as Nigeria is the most endemic country in the world to sickle cell as the country loses over 150,000 babies born with this serious condition every year, as it also results in infant death of 100,000, representing 8 percent of infant mortality in the country second to Malaria.

Voyaging into life amidst battling with sickling crisis intermittently, I met with stories as I soon developed interest in reading from the national dailies, listening to upbeat talks in radio FMs, I had known a lot from personalities living with sickle cell who tells their stories to the world. These stories still has an imprint in my life as it was always about optimism.

Sometime in 2011, across the radio FMs, I met with the founder of Marvel Sickle cell foundation who gave an unforgettable speech on managing and building self-confidence amidst the rage of sickle cell disease. She showed willingness to help create enlightenment, management tidbits, and support as she gave out her contact numbers. I reached out to her in the bid to learn more from people whose cases are more complicated than mine.

Meeting her was a turning point for me in forming a wide knowledge and friendship base amongst sickle cell patients as we shared ideas as to managing and creating awareness of the sickle cell disease. From thereon, we forged an army of warriors, not those wielding guns to defend their motherlands, but those whose life has been threatened by sickle cell disease, those whom hospital has turned to be their newly found homes, and those who has been bedridden and still can’t take a walk but still fighting to keep their lives together.

They are the real warriors, the real heroes and heroines!
As we celebrate today, the World Sickle cell day, this is my message to us all, we the sickle cell patients.

Sickle cell disease is a phase in our lives, some may see the end of it and some may not. But our collective responsibility is to shame what has deprived us all a quality life. We must show our doggedness, perseverance, patience and compete to be the best. Evidently, sickle cell patients are brilliants, smarts and industrious, with business acumen.

It is time now to have a representation at the forefront of successes as we send a message of hope to children living with sickle cell that finds it hard believing in themselves and their strength.

In a characteristic Nigerian fervour, momma will always say, “you’ll not die young, you’ll make it”. In her words, I find immense solace. Propagation of sensitization and awareness on sickle cell disease is a major key component of identifying sickle cell patients at young age as well as managing their complications. It is our collective responsibility that wins us the war against sickle cell and its fatalities.

To Marvelous, Boluwatife, Toheeb, Neelam and to many others living with sickle cell, your strength is an irrevocable phenomenon and a message of hope second to none. We will come through and break barriers. Our stories of strength will forever be a delectable melody in the ears of many and our success stories shall move many to dance as sickle cell remains a vibe to us.” 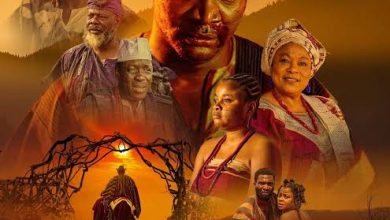 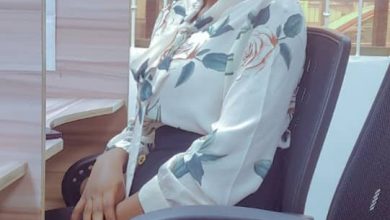 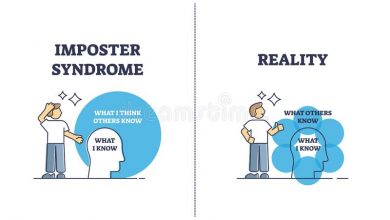 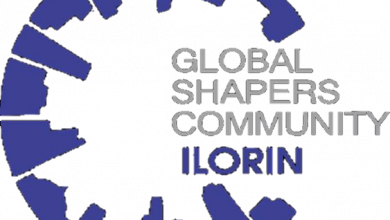